Want to ask a question?

Want to join our community?

Yes, this shocked us too.

After seeing the direct impact these numbers had on the environment, founder, Kevin Murphy decided it was time to take action and introduce Ireland to its first reusable Deposit & Return Scheme- 2GoCup.

Launched in June 2018, 2GoCup is Ireland’s First Deposit & Return Scheme that aims to tackle the large-scale issue that has been a result of single-use consumption by revolutionising the way consumers order their coffee.

Our scheme encourages coffee shop customers to pay a €1 deposit to take away their hot drink in our reusable 2GoCup. Once finished they can either return their cup to any shop that partners with 2GoCup and receive their €1 back or buy another hot drink in a fresh cup.

Since September 2019, 2GoCup has saved thousands of Ireland’s single-use cups from landfill while maintaining our core values including inclusivity, affordability and sustainability.

Since the pilot launch 1 year ago, 2GoCup has branched into over 80 active sites across Ireland partnering from large-scale universities like Trinity College and NUIG, organisations like ESB to smaller independently run business – like the Yellow House Coffee Bar located in Co. Cork and Rural Vagabonds, a freewheeling café.

Irish word began to spread across the UK as coffee shop owners began to take initiative in reducing single-use products. Baltzersens café has become the first cafe in the North of England to ban single-use cups completely.

Zero Waste Scotland and 2GoCup are in discussions to team up and implement a sustainable reuse scheme nationwide.

How does 2GoCup work?

Are you looking to make a big change? We would love to hear from you! 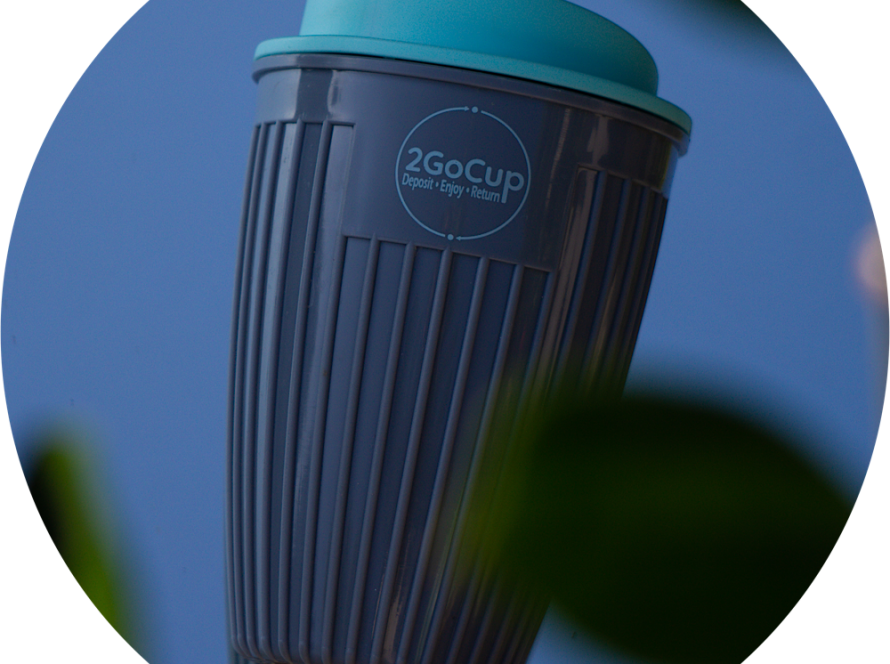